Our A to Z of Malaga brings you the essence of the city, its monuments, food, people and quirky characteristics. In Part 2 of the series, we cover the letters F to J and take you on a journey over land and water with a good dose of tradition and history thrown in. You can read Part 1 of our A to Z of Malaga here. 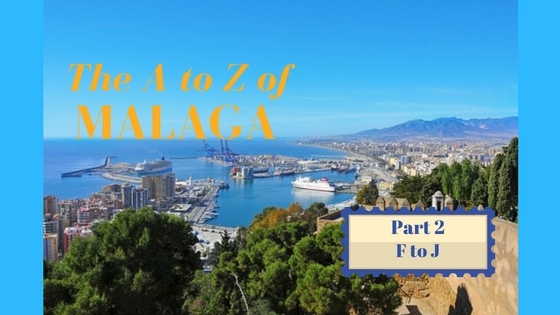 Kicking off Part 2 of our A to Z of Malaga, is la Farola, the lighthouse on Malaga Port that has been guiding ships safely home for well over 200 years. 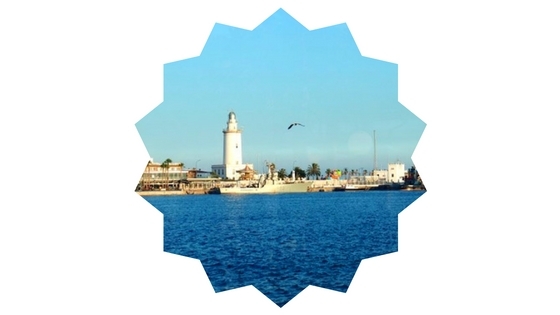 Unusually it gets the feminine ‘la’ in Spanish instead of the more usual ‘el faro’. Apparently it’s the only 1 of 2 lady lighthouses in Spain. But we’ve chosen it because it’s one of the oldest landmarks in this part of Malaga.

[box type=”note” style=”rounded” border=”full”]Top tip: Check out the sunset over Malaga from here, one of the best viewing points for picture-perfect orange and red rays in the city.[/box]

A newcomer to the city, but a very welcome addition to things to do in Malaga is the ferris wheel. At the time of writing Part 2 of the A to Z of Malaga, the wheel was waiting for a renewal of its concession and a decision on its new location. Watch this space…

Guadalmedina, the river that runs through the centre of Malaga. 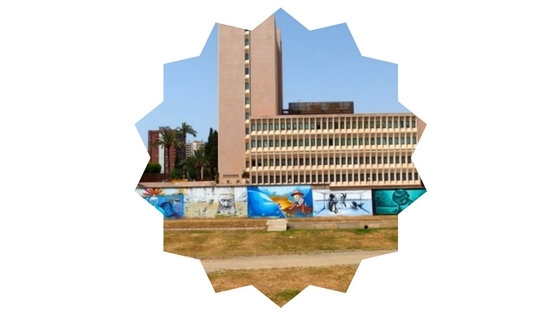 The Guadalmedina is usually dry and has some scruffy areas, but we like the selection of bridges that cross it. Look out for the multi-coloured one opposite the CAC art museum and the ‘Puente de los Alemanes’ (Germans’ Bridge) opposite the NH Hotel. This was built with money donated from the German government after the people of Malaga risked their lives to save a sinking German warship. You can see the grave of some of the victims in the English Cemetery.

[box type=”note” style=”rounded” border=”full”]Top tip: Take a walk along the sea end of the river and admire the street art on both sides. (And then see more in Soho.)[/box]

A G to watch

Gran Hotel Miramar – opening in January 2017 in La Malagueta. This extraordinary building has been restored throughout and counts as one of the gems in Malaga architecture. It’ll be the city’s first 5-star Grand Luxe hotel and the first hotel in Malaga with ‘Leading Hotels of the World’ status.

Huelin, one of the most populated districts in Malaga. Located to the west of Malaga city centre, Huelin was built in the early 20th century to house workers at the factories (see I for industrial chimneys below). 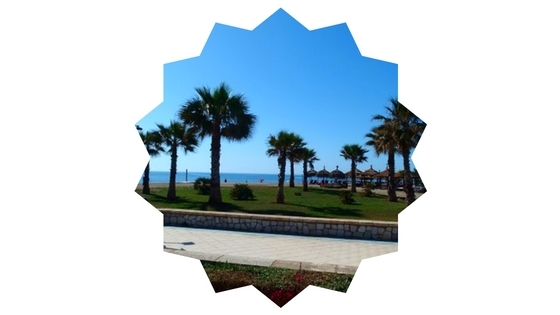 Huelin is home to a lot of non-descript apartment blocks, but also the Russian Museum, the Car Museum and a lovely park. The seafront promenade is one of the best in Spain and where else has such great palm tree oases on the beach?

[box type=”note” style=”rounded” border=”full”]Top tip: Make a day out of it in Huelin with visits to the museums, the Misercordia beach (blue-flag) and lunch at a beach bar.[/box]

One of the most relaxing things to do in Malaga, the Hammam makes a great afternoon/evening break from sightseeing and the hustle and bustle of Malaga city centre.

Keep up to date with events in Malaga and what’s new in the city with our free fortnightly newsletter.

Industrial chimneys, dotted around the city, often in unexpected places. 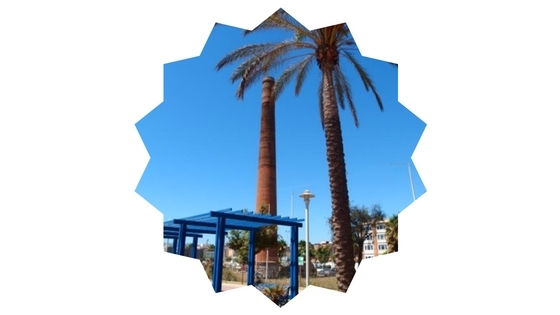 The gentle giants are important reminders of Malaga’s past when the city was the second most important industrial centre in Spain after Barcelona. We also think they’re interesting landmarks and particularly love the chimney on the western seafront, once the tallest building in Spain. This site (in Spanish) lists their location and history.

[box type=”note” style=”rounded” border=”full”]Top tip: When you’re on holiday in Malaga see how many chimneys you can spot. There are 14 altogether.[/box]

Iglesias is Spanish for churches and there are plenty of lovely ones in Malaga. Our guide lists the 5 best, but most churches in Malaga are worth popping into if you see the door open. 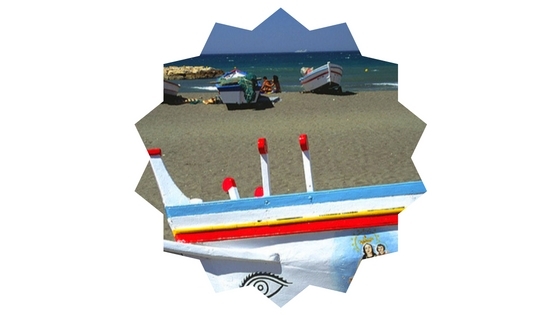 The jabega boats are one of the symbols of Malaga as well as one of the city’s most historic sights. When you’re in the fishing districts of El Palo and Pedregalejo, look out for them on the beach. You can read more about them here.

Jardines de Pedro Alonso, one of the prettiest parks in Malaga. Located next to City Hall, these formal gardens are particularly stunning in May and June when the roses are in full bloom.