As the city moves into another year, what will be new in Malaga in 2016? Here’s our guide to new things you can expect to see and do in Malaga over the next 12 months.

More arrivals – Malaga Airport welcomed more than 14 million passengers last year and figures up to November equalled those for the whole of 2014 so passenger stats for 2015 are expected to reach a new record. Expect more crowds at the airport especially at peak times.

Second runway at Malaga Airport – this opened in August 2015 but few planes have used it so far. With the expected increase in passenger numbers, more flights are likely to be taking off and landing on the new runway. Will it make any difference? Let us know!

New flights to Malaga – you can now fly to four new European destinations from Malaga: Bratislava, Bremen, Eindhoven (near Bolduque celebrating the 500th anniversary of El Bosco’s death) and Marseille (from the summer). If you’re crossing the pond, Delta is using a bigger plane for its summer services between Malaga and New York.

Malaga Metro – the metro station outside El Corte Inglés department store should be opening at the end of this year, probably in late autumn. Meanwhile, expect continued disruption in the city centre with the metro works for a long time yet.

New pedestrian streets – work on pedestrianising the streets around Atarazanas Market has just started and should be ready for the summer. The paving will be smartened up and orange trees planted along the streets. This will be a huge improvement for the area around this market in Malaga and make it easier (and safer) to walk here.

Bridge over the Guadalhorce – the pedestrian bridge between the area near the Palacio de los Deportes and the Guadalhorce Nature Reserve has been on the drawing board for a while and this year it should finally be built. This will make it much easier to visit the Nature Reserve on foot and by bike and join up the coastal pathway (Senda Litoral) that runs the length of the Malaga coastline from Manilva in the west to Nerja in the east. 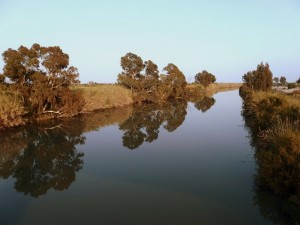 Malaga has just celebrated a record year for tourism and burst through the barrier of 1 million nights’ stays in hotels. November 2015 was a particularly good month – the sun shone for most of the month – with a rise of 13 per cent in visitor figures. Expect more of the same in 2016.

Malaga increasingly features on cruise itineraries and 2016 has a packed calendar of big-ship arrivals. Things start to get really busy from April onwards. This link (in Spanish only) lists which cruise ships are in town when and how many passengers are on them. 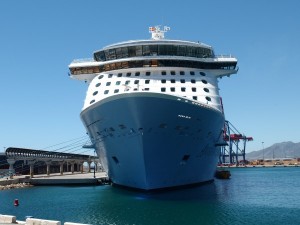 New things to see in Malaga

New Malaga art museum – we had hoped it would be early 2016 but the opening of the new art museum at La Aduana next to the Alcazaba Fortress has been postponed until early autumn. The wait will be well worth it, however, with 2,000 pictures and 15,000 archeological pieces on display plus the chance to dine in the top-floor terrace restaurant. The local press has released pictures of the inside and this new Malaga museum looks impressive.

Cristo de la Salud Church – situated in the northwest corner of Plaza de la Constitución, this church has been closed to visitors for 3 years for restoration work. It reopens in early January to great expectation. We’ll keep you posted.

Iglesia de Santiago – 1 church door opens and another one closes… This church on Calle Granada where Picasso was baptised will be closed from early January for restoration and repair of damp. It’s likely to be closed for at least a year, although work will probably continue into 2017.

Malaga ferris wheel – the initial 8-month contract for the Malaga big wheel comes to an end in February. Both the owners – pleased with the average 800 visitors a day – and the authorities are keen for a renewal. But the people who live opposite claim that they’ve lost their privacy and are campaigning for it to be taken down. There may be a compromise with an alternative location in the port, but the wheel’s future is uncertain. We’d like it to stay because it’s one of the best attractions in Malaga and a great addition to the skyline. 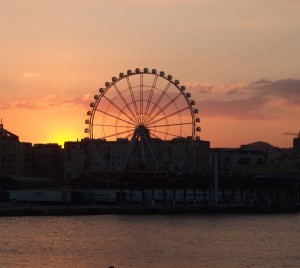 A couple of new additions are on the cards for 2016. Room Mate Valeria opens in February on Plaza de la Marina. This 4-star hotel has an excellent location and great views of the port from its roof terrace. Gran Hotel Miramar opens later in the year in Paseo de Reding in one of Malaga’s most iconic buildings. Expect floor to ceiling luxury and opulence at the first 5-star GL hotel in Malaga. 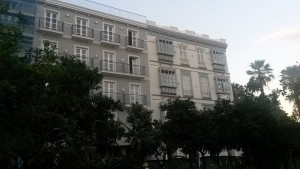 And Malaga football and basketball

Lets start with the football. Malaga, once near the top of the Spanish football league and recent competitors in the Champions League, are having one of their worst seasons ever. They’ve even been knocked out of the King’s Cup by a second division team. Their performance right at the end of 2015 lifted them out of the danger zone, but the players need to start adding some points if they’re to stay in the first division.

Unicaja, the Malaga basketball team, aren’t having a great season either. Among the leaders of the Spanish ACB league last year, they’re mid-field so far this season and have lost more matches than they’ve won.

Keep up to date with everything new in Malaga in 2016 by signing up to our FREE fortnightly newsletter.