Gerald Brenan was 1 of the greatest Hispanists and had strong connections with Malaga. In this blog post, we go off the beaten track to Churriana to visit the house and part of the legacy of Gerald Brenan in Malaga. 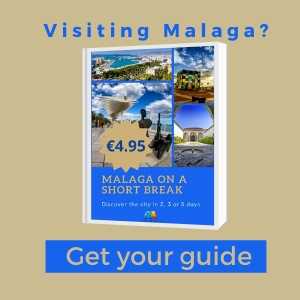 The house has been converted into a cultural centre and acts as a base for the celebration of Gerald Brenan’s life in Malaga. Regular conferences, concerts and symposiums are held here, all based broadly around the writer and his friends and acquaintances. These included Ernest Hemingway, Virginia Woolfe and Bertran Russell. You can check out the up-coming events on the Facebook page.

Born in Malta in 1894, Gerald Brenan discovered Spain when he received an inheritance and was rich enough to support himself. He arrived armed with a suitcase and record player in Galicia and walked his way through Spain to the Alpujarras where he settled in the tiny (and remote) village of Yegen. Here he wrote his famous novel South of Granada and lived for 11 years before he returned to the UK in 1930.

In the UK he met the American poet Gamel Woolsey and married her. Gamel was horrified at the idea of life in Yegen with no mod-cons so the couple began their search for somewhere suitable to live. They chose Churriana because of its proximity to Malaga, Torremolinos (already a favoured holiday spot among British intellects and writers) and Gibraltar.

They bought a house on Calle Torremolinos, now a quiet street in the centre of Churriana and then the main road from Malaga to Gibraltar.

READ ABOUT THINGS TO SEE IN MALAGA

They lived here for 34 years before moving to nearby Alhaurín el Grande. The house was bought by Malaga council in 2014 and extensively restored. Today, although the layout of the rooms is slightly different and the garden smaller, you still get a good idea of what it was like when the Brenans lived here.

The main exhibit room includes two lifesize figures of Gerald and Gamel plus a few objects from the time in the house together. According to the director of the Gerald Brenan Foundation, Silvia Grijalbo, most of the objects were donated by a family friend in the village.

You can see a small library of books owned by Brenan (many were gifts to Churriana residents), a selection of postcards he and Gamel sent to the housekeeper and gardener, his record player and the typewriter he used to write his most famous work, The Spanish Laberynth.

Downstairs are also two rooms dedicated to Rafael Pérez Estrada, a Malaga poet and artist. His works line the walls in both rooms.

For legal reasons, Malaga council was unable to recover the garden in its entirely. You get a good idea of its extension from upstairs in the house – the garden walls go back a long way and house big fruit trees. Apparently it was more like a park when the Brenans lived here.

Today, there’s a large central fountain with a few bourgainvilleas and palm trees. However, it’s a lovely quiet space – perfect for celebrating events around the life of Gerald Brenan in Malaga.

READ ABOUT PARKS IN MALAGA

This is the hub of the cultural centre with a conference room. We loved the large photos of Gerald Brenan here – pictures of him in Yegen, in the garden in Churriana, dining al fresco with Hemingway and a family portrait with Gamel and Brenan’s daughter, Miranda.

Brenan was famed as a womaniser, particularly during his time in the Alpujarras. According to Neka, this reputation lived on while he lived in Churriana and is remembered by people in the village today.

SEE WHAT’S ON IN MALAGA

The Spanish Civil War for Gerald Brenan in Malaga

We were privileged enough to be shown the office at the top of the house (usually closed to the public). The views from this second storey room are stunning and take in the Guadalhorce River Valley, the mountains to the east of Malaga and the Mediterranean. Our guide Neka told us that Gamel and Brenan watched the bombing of Malaga by Nationalist forces during the Spanish Civil War. The scenes were the inspiration for Gamel’s Malaga in Flames: An American woman’s eyewitness account of the Spanish Civil War.

For his part, Brenan refused to take sides – part of his success as a Hispanist was due to his objective vision of both arguments as he depicts in The Spanish Laberynth. During the early days of the Civil War when Malaga was in the hands of the Republicans, he gave refuge to the owner of his house (a Nationalist supporter), an act that was heavily criticised in the village.

The final resting place for Gerald Brenan in Malaga

Fittingly Gerald Brenan is buried in Malaga, the place he called home for 52 years. His grave is at the English Cemetery, the oldest non-Catholic cemetery in Spain and home to other illustrious Malaga residents.

The English Cemetery, 1 of the more unusual things to do in Malaga, is an oasis of calm in the busy city and a short walk from the bullring in the Malagueta. Open Tuesday to Sunday 10am to 2pm. Admission €3.

As well as a main centre for cultural events in Malaga, Gerald Brenan’s House is also open for visits. Guided tours are available (currently only in Spanish). The House is open 4 to 9pm on Wednesdays and Thursdays, and 11am to 2pm and 4 to 9pm on Fridays. Free admission.

How to get to there

This is off the beaten track in Malaga, but you can still get there easily on public transport. Take the No 9 bus from the Alameda Principal and get off in Churriana at Maestro Vert (stop number 1041 – see the EMT bus app for more information). From here it’s a short walk to the Gerald Brenan House. The journey takes just over half an hour. (Or you can get into the spirit of Gerald Brenan and walk – Gerald Brenan walked regularly from Churriana to Yegen and the journey (170km) reportedly took him just a day and a half!)

READ MORE ABOUT GETTING AROUND IN MALAGA

If you’re planning a visit to Malaga take a good look round our website for lots of suggestions and tips. All information comes bang up-to-date and all recommended venues are tried and tested. What’s not to love?

SEE MORE THINGS TO DO IN MALAGA