Continuing our series of unusual things to see in Malaga this blog post looks at San Miguel Cemetery. Over 200 years old, the cemetery offers some unusual architecture and a unique insight into the history of the city. Join us for a tour off the beaten track in Malaga as we explore who’s who in the burial ground.

San Miguel Cemetery ranks among the most important in Spain and is one of the largest in Andalusia. Its profusion of funerary architecture, wild life and trees make it a unique place to visit in Malaga. It’s also an oasis of peace and quiet amongst the hustle and bustle of the city.

Like the English Cemetery – another must on the list of unusual things to see in Malaga – San Miguel burial ground lies outside the city centre. And unusually for Malaga, an almost completely flat city, this cemetery sits on high ground, on one of the few hills, in the Capuchinos district, north of El Ejido and Victoria districts.

Views from the Cemetery look towards the Gibralfaro Castle in the east and Malaga Port and the Mediterranean to the south. The city skyline is particularly stunning in late afternoon as the sun sets over the sea.

A bit of history

Built at the beginning of the 19th century, San Miguel Cemetery came into being after an epidemic of yellow fever in Malaga forced the authorities to create a burial ground outside the churches and convents. It opened in 1810, but wasn’t totally enclosed until 1829.

8 years later, the chapel was built and by 1846, the richest families began to bury their dead here. The first funerary memorials were constructed at this time and extravagant vaults and mausoleums were added until the late 1980s. Since then, no further burials have taken place.

Many of Malaga’s famous architects left their mark on the cemetery. Masterpieces by Jerónimo Cuervo, who built 14 vaults, Rafael Mitjana and Guerrero Strachan dot the cemetery. Renowned sculptors such as the Italian Frapoli were responsible for many of the symbols carved in marble and stone throughout the burial ground.

The cemetery contains a wide range of styles from Romantic Classicism to Art Nouveau, all seen in the design of the vaults and the ornamental fences, statues and friezes. Stained glass was also popular and some of the most beautiful memorials contain intricate stained glass windows.

This is the centre piece of the cemetery and home to the tomb of Manuel Heredia, responsible for building in Malaga the first blast furnaces in the country during the 19th century. He was also one of the architects of the city’s industrial power when Malaga was second only to Barcelona in Spain.

His memorial is one of the best elaborate in the cemetery, although somewhat overgrown, and backs onto the chapel. To see his giant tomb carved in white marble you need to look through the grill at the back of the chapel. 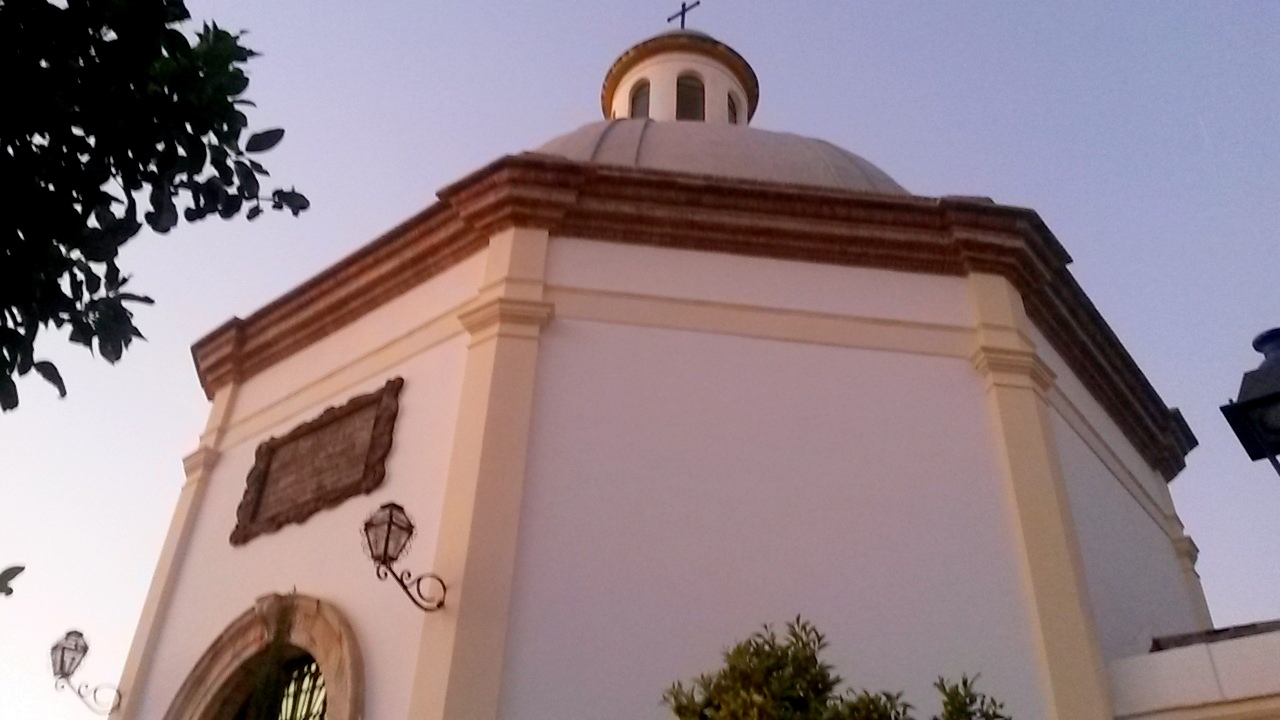 Dozens of illustrious Malaga residents are buried here including the families who built the city’s industrial strength during the 19th century. A walk round the cemetery takes you past Larios, Strachan, Huelín, Trinidad Grund… The Malaga hero General Torrijos was also buried here after his execution (his remains are now in Plaza de la Merced).

Foreign names pop up everywhere too. The French Souviron, British Crooke who were wine merchants, the Bolín family from Gottemburg and the Dutch from Van Dulken. Jane Bowles is probably the most famous foreign resident. She arrived in Malaga in 1957 and died in 1973. Her black grave stone is one of the simplest in the cemetery.

The cemetery is home to lots of trees and plants – orange trees line most of the avenues along with cyprus trees, palms and jasmine. Starlings, doves and the ubiquitous parakeets also live here together with a colony of feral cats.

Getting to San Miguel Cemetery – the burial ground is a 2km walk from the city centre so allow around 30 minutes. Or you can take the C2 bus from the Alameda Principal (journey time around 15 minutes).

Opening hours – daily 10am to 2pm and 4 to 6pm. Admission is free. Guided tours are available (in Spanish only) and can be booked via the website.

This is just one of things to do in Malaga listed on our website. Check out the Guide to Malaga listings and get the city at your fingertips!

READ ALL YOU NEED TO KNOW ABOUT MALAGA