If you travel to Spain a lot you’ll have noticed that this is a country that loves a holiday and Malaga is no exception. In this blog post we list the public holidays in Malaga for the whole of 2021, all 14 of them! Note all but two local holidays (19 August and 8 September) are also public holidays in Andalucia 2021.

Before our list of dates of public holidays in Malaga for part of 2020 and the whole of 2021, some information on what to expect open on a public holidays. As a general rule, the following are closed:

As a general rule, the following are open: 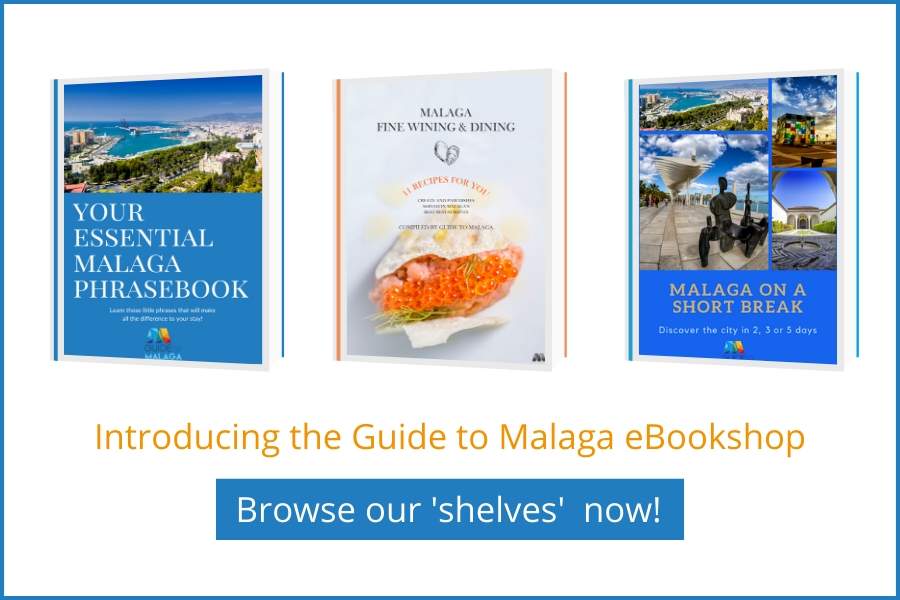 Monday 7 December – Spanish Constitution Day. The actual public holiday is Sunday 6 December, but the day off has been moved to the Monday this year. Bars,restaurants and shops open as usual.

Sunday shopping – shops and markets open on Sunday 20 and Sunday 27 December to give you extra time for your Christmas shopping!

Friday 1 January – New Year’s Day is a public holiday. Shops, businesses, monuments and museums in Malaga do not open on New Year’s Day. Some bars and restaurants may be open.

Wednesday 6 January – Three Kings (Epiphany). Shops won’t open but they do open on Sunday 3 January. Thursday 7 January is the start of the sales, a great time to pick up some bargains when you’re shopping in Malaga.

SEE WHERE TO SHOP IN MALAGA

Monday 1 March – Andalusian Regional Day, officially on 28 February but celebrated on Monday because the 28th is a Sunday. This is the day when the region of Andalusia celebrates its autonomical status. Most shops, bars and restaurants open

Easter is early-ish this year…

Friday 2 April – Good Friday. Expect bars and restaurants in the main tourist areas to be open. Shops are closed.

Easter is one of the busiest times of the year in Malaga.

READ ABOUT EASTER IN MALAGA

Saturday 1 May – Labour Day. Bars and restaurants open as usual, but don’t expect to find any shops open. To compensate, shops open on Sunday 2 May.

In Spain when a public holiday falls on a Tuesday or Thursday those people who can take the Monday or Friday off as well. This is known as a ‘puente’ (bridge).

Monday 16 August – Ascension Day and a national holiday, officially on 15 August but moved to the 16th this year to make the holiday on a week day. Bars, restaurants and shops are open.

Thursday 19 August – 1 of the 2 local holidays and the high point of Malaga Fair. Shops and businesses close.

DISCOVER WHAT TO DO IN MALAGA

Wednesday 8 September – a local holiday (in Malaga only) celebrating the city’s patron saint, the Virgin of the Victory. Bars and restaurants open, but shops close.

Sunday shopping – shops and markets open on Sunday 12, Sunday 19 and Sunday 26 December to give you extra time for your Christmas shopping!