One of the biggest events in Malaga takes place in August and for many locals and holidaymakers, August means feria time. For just over a week, Malaga fair welcomes thousands and parties from dawn till dawn.

Billed as southern Europe’s biggest summer party, Malaga fair provides 7 full days of music, dancing and fun. It’s a huge event that takes place over 2 venues where you can see free concerts, dancing, fireworks and ride the rides. Read our guide to everything you need to know to enjoy (and survive) Malaga fair.

Why does Malaga Fair take place?

Malaga fair commemorates the city becoming part of Castille when the Catholic King Ferdinand and Queen Isabella conquered Malaga from the Moors on 19 August in 1487. The fair has been celebrated in some form or other since 1491. Nowadays, it’s one of the largest held in Spain during the summer and visited by thousands.

WHERE TO STAY DURING MALAGA FAIR

When is Malaga fair?

After a two-year hiatus, Malaga is back in 2022! It runs for 7 days between 13 and 20 August. Celebrations start with a massive firework display near the port at midnight on the Friday before the official start date (12 August in 2022). Then festivities continue on La Malagueta beach with a concert, usually featuring one of Spain’s best-known singers or groups. 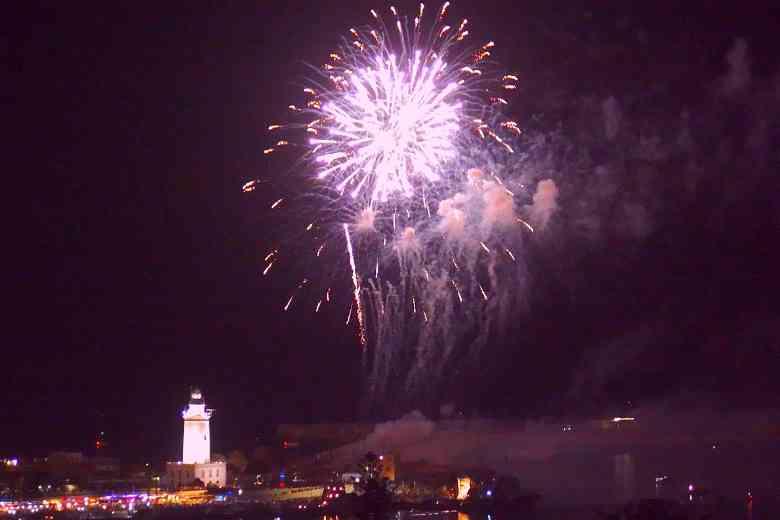 THE BEST PLACES TO WATCH THE FIREWORKS!

Where does Malaga fair take place?

Old quarter – the area around Calle Larios becomes the party centre during the day (from midday to 6pm). The streets are packed with revellers, many dressed in traditional Andalusian costume – look for the latest fashions in flamenco dresses – and there’s also a daily parade of horses and carriages.

Real de la Feria – the fairground in the west of city where partying goes on low-key during the day and at full intensity at night. The fairground is divided into the funfair and nearly 180 casetas areas, ‘huts’ with their own bar and music.

What can you do at Malaga fair?

Partying – the main activity accompanied by dancing verdiales (music and dance from the Malaga mountains) and sevillanas (typical dance from Seville) and plenty of drinking, usually Cartojal, a Malaga sweet wine or a rebujito (glass of fino or manzanilla sherry mixed with lemonade or Sprite) plus eating – plates of pescaíto (fried fish – baby squid, red mullet, anchovies, sardines).

Funfairing – some seriously big and heart-stopping rides pack into the fairground, crowned by a ferris wheel with great views of Malaga from the top.

Concert-going – lots of concerts (mostly free) take place during Malaga fair week. Here’s a link to the programme (in Spanish) – click on each date to see what’s on and when (full programme is usually released at the beginning of August). The daytime fair has 4 live music locations – Plaza de la Constitución, Plaza de las Flores, Plaza de la Merced and Plaza Mitjana – and there’s dancing in Calle Larios.

Horse-shows – at the Real de la Feria every day at 4pm and 8pm. You can also see an exhibition of horses dressed up in their finery and carriages at the Malagueta Bullring on Friday 4 August from 8.30pm onwards. Free entry.

Bull-fighting – some of Spain’s top bullfighters take on their quota of five bulls at the fair. Fights take place at the bullring in La Malagueta.

Sports – sporting events take place during the week prior to the fair. These include a swim across the port, jabega races (find out more about these unusual boats), free yoga and an exhibition of waterpolo. More information here.

Give Malaga city centre and the fairground a wide, wide berth if you’re in a car. There won’t be any free parking spaces! Take public transport instead. Line F bus runs 24-hours a day between the centre of Malaga and the fairground from noon on Saturday 13 August to the early hours of Saturday 21 August. If you’re based outside the centre and want to get to the fairground on public transport, there are bus lines from most parts of town – look for the letter ‘F’ (for feria) in the front window. Tickets cost €1.50 or you can buy 10 tickets for €9.95.

Top tip – if you’re coming to Calle Larios from outside Malaga by car, park (free) at the Martín Carpena sports stadium and get the Metro to El Perchel. Calle Larios is a 10-minute walk away.

Like all big fairs in Andalusia, celebrations in Malaga are fun but tiring. So take some time out on the beach or visit some of the Malaga attractions outside the centre – the Car Museum, the English cemetery, La Concepción Botanical Gardens…

For real party fun, dress the part. Dresses cost from €100 and there are several good shops in the centre selling them and accessories. If you’re looking for a budget option, head for the Cudeca charity shops (located in Calle Compañía and Plaza de la Merced) for second-hand dresses from €30. You can also buy hats, hair accessories and other fair essentials at stalls on Calle Larios and the surrounding streets. 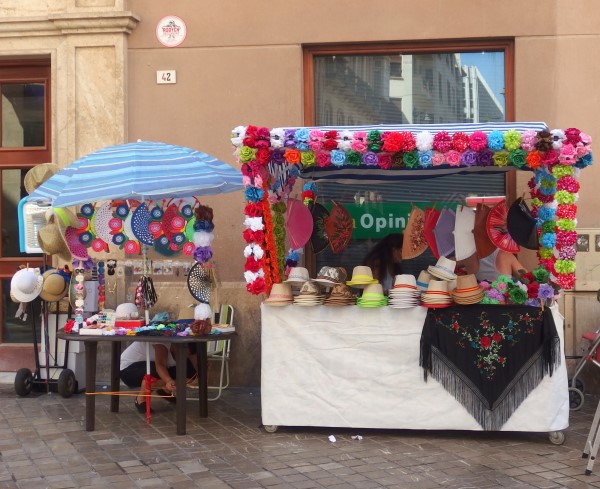