Another month and another round-up of Malaga events. In this post we look at what’s on in Malaga in February. Like January, this is usually a quiet month for tourism and those lucky enough to visit get most of the attractions in Malaga almost to themselves.

But just because it’s low tourist season doesn’t mean there isn’t much to do and if you are in Malaga, read on for a good mix of film, music, theatre art some great markets. Read on to discover what’s on in Malaga in February.

Note that Malaga tends to announce events last minute so this post is always a work in progress. We add new events as we find out about them so bookmark the page for reference.

Public holidays in Malaga in February

Malaga celebrates the Day of Andalucia on Monday 28 February, a public holiday in the city, province and region. Bars and restaurants should be open as usual along with museums and monuments. Note that all museums have free entry on 28 February.

For a guide to public holidays in Malaga in 2022, read this.

February also includes the most romantic night of the year, 14 February. We think Malaga is the perfect city to celebrate love in all its shapes and forms and if you need some inspiration, read our ideas for Saint Valentine’s in Malaga.

Special events in 2022 include:

Saint Valentine’s Day in the gardens – discover the Concepción Botanical Gardens at their most romantic at night with a guided tour (1h 30 mins) around the illuminated grounds and a few surprises on the way. Saturday 12 February at 8pm. Tickets cost €17 per person and you can book yours by phoning 951 92 61 80 o 647 58 54 57.

This colourful event didn’t take place last year because of Covid so locals are extra keen to celebrate it this year. The fun starts on Friday 25 February and continues until Sunday 6 March.

You can read all the details about Malaga Carnival in our dedicated post.

Malaga continues to celebrate the 39th edition of the Theatre Festival with a few plays and dance performances in February at the Cervantes Theatre and Echegaray Theatre. The majority of the works is in Spanish (and with top Spanish actors), but you’ll have the chance to see world-class theatre and some big names on the stage.

Musical events in Malaga in February

Concerts in the museum

This month’s free concerts at the Museum of Malaga take place on:

Entrance for both concerts is free and allocated on a first-come-first-served basis so get in the queue early to be sure of a place.

Jazz concerts at back at this funky bar in the Lagunillas district (Calle Lagunillas 53, just behind Plaza de la Merced). Concerts are every Thursday in February at 8pm and 9.30pm. If you want to book a spot, send an email to lapolivalentelagunillas@gmail.com

Chamber music at the Picasso Museum

Listen to Marizápalos (violin, cello, percussion, harpsichord and Baroque guitar) at the Picasso Museum Auditorium (entrance via the square behind the museum) on Tuesday 22 February at 8pm. Tickets cost €12 and are available from the museum ticket office or online.

Family fun at the Botanics

The Concepción Botanical Gardens have family fun every Saturday and Sunday in January at 11am and 12.30pm. The activity lasts 2 hours and includes games, a puppet show and guided tour of the garden. It costs €7.50 per person (under 3s are free). Maximum 20 people per group, social distancing and masks compulsory. Book your place by phoning 951 92 61 80 o 647 58 54 57.

Art exhibitions in Malaga in February

As usual, there’s a feast of great art in Malaga this month including:

The contemporary art centre next to the river has 3 exhibitions in February. 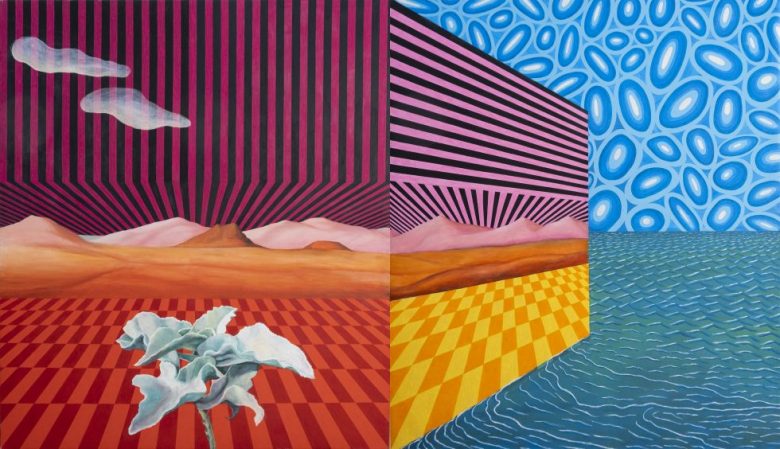 While you’re at CAC, don’t miss the permanent and Neighbours exhibitions. They’re both packed with interesting and thought-provoking artwork and installations.

The museum celebrated its tenth anniversary in 2021 and continues to showcase Spanish art from the 18th and 19th centuries seen in the permanent collection.

You can also see the Paul Strand exhibition, showing 131 photos from his collection with pictures from his native New York and travels around the world. Strand is considered one of the pioneers of modern photography and this exhibition provides an excellent opportunity to see his iconic portraits and landscapes. Until 6 March.

The Carmen Thyssen Museum has a lovely café serving coffee, light snacks and lunch. There’s a daily lunchtime menu, which is excellent value for €11.90.

Stay bang up to date with Malaga – sign up for our free fortnightly newsletter. All you need to know about what’s on and what’s new in the city in your inbox every other Friday.

The most-visited museum in southern Spain has its permanent collection, Conversations with Picasso 2020-2023. The exhibition explores 8 decades of artistic creativity from the 20th century’s greatest artist and it includes 19 ceramics and 3 paintings created by Picasso between 1931 and 1962. You can also see 22 works from his La Californie sketchbook, which he drew in Cannes in 1956.

In addition, there’s the temporary exhibition, Photos of the City Picasso Loved, showcasing photos of Paris taken by Brassai in the 30s and 40s. Picasso and Brassai had a long and close personal and professional relationship while they lived in the City of Light and this exhibition pays homage to that. As well as photos, on display are also Brassai’s book cover designs and sculptures.

A new permanent exhibition arrives on 22 February: Face to face. Picasso and the Old Masters. It places works by painters such as El Greco, Zurburán, Caracciolo and Gijsbretchs next to Picasso’s to illustrate how the old masters influenced him. Until 26 June. 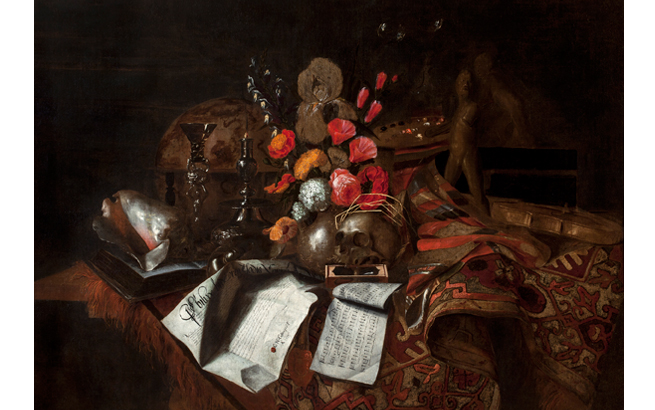 Open daily 11am to 6pm. Tickets €9, free Sundays after 5pm. Note that the Picasso Museum café is currently closed 😞

This art museum in Malaga has a permanent exhibition and 2 temporary ones.

This year’s exhibition takes War and Peace as its central theme with 183 works by Russian masters and French and German artists with ties with Russia. Expect to see references to epic battles, the October Revolution and World War I. The works include, as always, paintings and sculptures and provide unique insight into Russian life and culture. Read our guide to this exhibition. 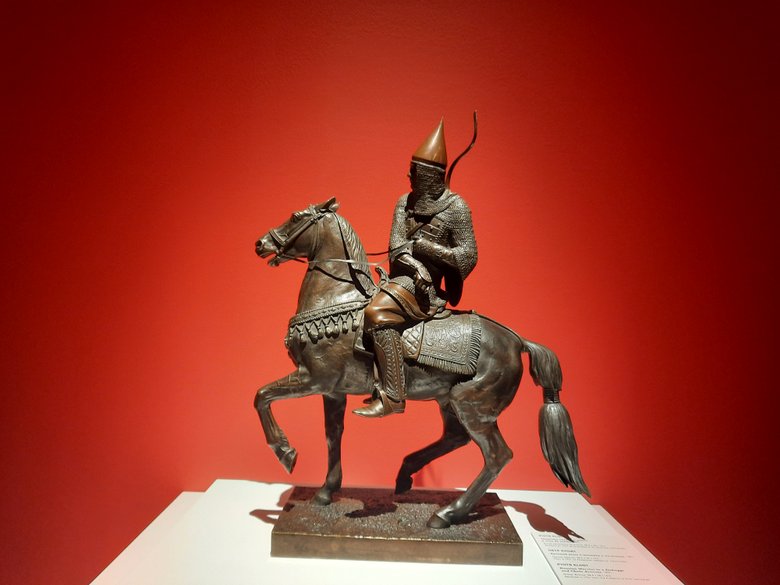 Avant-garde in Russian Art – one of the most important artistic movements in early 20th-century Europe and this exhibition celebrates its expression in Russian artists. They include Kandinsky and Chagall as well as numerous others. Expect to see works in the style of abstraction, constructivism, futurism and neo-primitivism.

Mayakovsky, Poet and Artist – a prominent artist in the Futurist movement, Mayakovsky is known for his revolutionary ‘calling’.

Bi-centenary of Dostoevsky – a small exhibition honours one of the greatest Russian authors in the year of the bi-centenary of his birth. On show are portraits as well as illustrations from his books and recreations of the rooms where he wrote.

The multi-coloured cube includes A Century of Spanish Art from Miró to Barceló exhibition. As usual, you can expect to see an eclectic collection of paintings, videos, installations and sculptures. Read about the latest art.exhibition in Malaga here.

Sophie Calle, one of France’s best contemporary photographers and video artists, arrives on 19 November with a temporary exhibition that takes in her 40-year career behind and in front of the lens. Until 17 April.

Open Wednesday to Monday 9.30am to 6pm. €7 for the permanent exhibition, €9 for both. Free Sundays after 4pm.

Top tip – Pompidou Centre and Picasso Museum are the only art museums open on Mondays.

La Termica Cultural Centre welcomes Days of Punk showcasing over 100 pictures by photographer Michael Grecco. He took the photos at nightclubs in Boston and New York when punk rock was just emerging in the late 1970s. The exhibition also includes a soundtrack and documentary. From 3 February to 26 June. 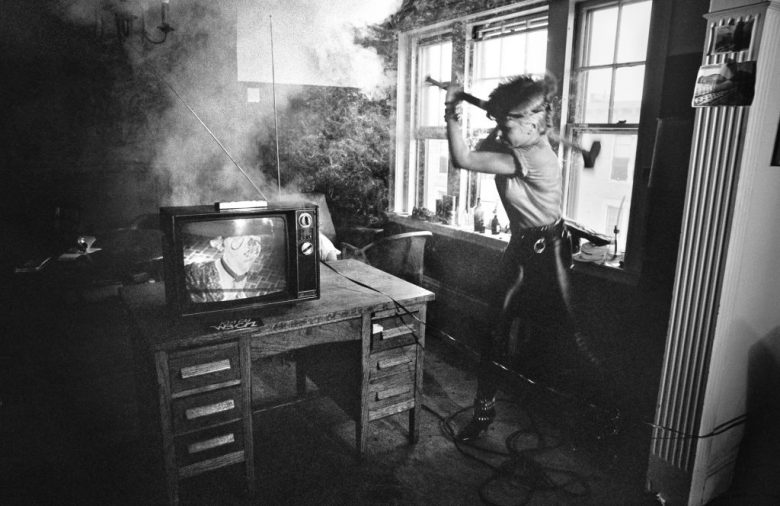 Get to La Térmica by walking west along the seafront (the cultural centre is behind the modern glass Diputación building) or on the No 7 bus from the Alameda Principal (south side).

Markets in Malaga in February

This fun culture/market event is back this year on a monthly basis and the first is on Friday 4 February from 7pm to midnight at La Térmica (see above). As well as lots of stalls selling vintage stuff, there are food trucks and live music (Shego, Ghouljaboy and Helen Palmer).

El Zoco market on Muelle Uno sells arts and crafts every Sunday from 11am to 6pm. Combine your browsing with a stroll in the sunshine under the Pergola.

Merced Market is on Sunday 6 February on Plaza de la Merced from 11am to 7pm.

Soho Market on Calle Tomás Heredia with stalls selling arts and crafts and vintage items. Date to be confirmed

Fresh produce grown organically in the Guadalhorce Valley to the north of Malaga. As well as fruit and veg, local producers sell bread and cakes, honey, olive oil, dried fruit and nuts, and organic soaps and creams.

La Malagueta (between Paseo de Reding and Calle Cervantes) on Saturday 12 February from 10am to 2pm.