You are here: Home / Need to know / Essentials / Leaving tips in Malaga

Leaving tips – knowing when and how much to leave – is a challenge on any holiday in a foreign country. Should you leave one? How much is enough? What happens if you don’t? And a holiday in Malaga is no different. This blog post gives you some pointers on leaving tips in Malaga. 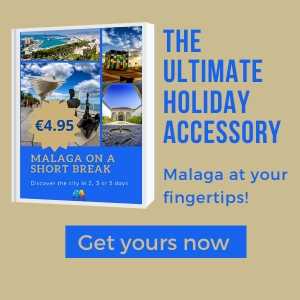 If you’re from the UK or US, you’ll probably find that tipping in Malaga is less common than you’re used to. In general, leaving a specific amount for a tip in Malaga is usually just for food and drink, although most people tip odd coins for toilet attendants, taxi drivers and maybe hairdressers.

Leaving a tip in Malaga restaurants is general practice, but how much you leave depends on two factors – the quality of the food and the service. If you think they merit a tip, then as a general rule leave between 5 and 10 per cent of your bill as a tip. But if the food and/or service doesn’t live up to your expectations or is just down right poor, then reduce your tip or don’t leave one at all.

Leave the tip in cash rather than adding it to your card. Note that few restaurants add a service charge and we’ve never seen a bill where you invited to add an extra amount for a tip.

Discover where to eat in Malaga – all recommendations are tried and tested for quality and value!

SEE WHERE TO EAT

Tips in tapas bars, cafés and other bars

As a general rule, tips in this sort of establishment in Malaga aren’t expected but you might want to do as the locals do and leave the small coins from your change. Or if you feel that what you’ve had is good, round the tip up to the nearest €5.

What happens if you don’t tip in a restaurant in Malaga?

Generally nothing – the waiter will probably be disappointed but won’t berate you or make a fuss about it. If you’re not leaving a tip for a reason (say the food wasn’t up to standard), you may want to mention it to the restaurant owner.

Leaving tips in hotels in Malaga is rare unless you’re eating in the hotel restaurant and want to leave the waiter a tip. Not many hotels have staff who take luggage to your room but if someone does, €1 is an acceptable tip.

We only know of one venue in Malaga where there’s a toilet attendant expecting a tip. Admittedly she keeps the bathrooms spotlessly clean, but as the toilets are part of a café (and they should provide them anyway) we don’t think that justifies leaving a tip.

In our experience, Malaga taxi drivers don’t expect a tip on top of the fare. However, it’s common practice to round the fare up to the nearest euro as a tip.

It’s unusual to leave a tip in a hairdressers other than rounding up the charge to the nearest euro.

Tips for attendants in car parks in Malaga

Some car parks in Malaga (and this goes for Spain generally too) are ‘managed’ by unofficial car parkers. This is particularly common at weekends. In exchange for guiding you to a free space and possibly helping you park, these men expect a tip. You’re not obliged to give one and if you do, pay a maximum of €1.