How I fell under Malaga’s spell

Long-time Malaga fan, Alan Toft explains just what it is about the city to compells him return year after year. And like so many visitors, he has fallen under its charm forever.

The real Malaga had to be found. Arrivals at the airport in the 70’s and 80’s revealed the San Miguel brewery on the right and a thronged city as the coach headed for the costas.

Then in 2002 after a relative bought a flat in Malaga, the busy city cliché lifted to reveal a resort of wonder. The ingredients were many.

A resort of wonder

In no order of preference or importance – this resort had the lovely Teatro Cervantes, multi-facilitated beaches, an historic old town and restaurants by the hundred.

I was entranced by the Alcazaba – with its nearby Roman theatre dating to the 1st century BC, seduced by the Andalucian sunshine, which many thousands of holiday makers, and counting, are newly discovering to this day.

Then another jewel: the top flight Malaga Symphony Orchestra, with its guest conductors from all over the world. Plus concerts at the Teatro and the Edgar Neville auditorium on Calle Pacifico (western seafront). My cup runneth over. 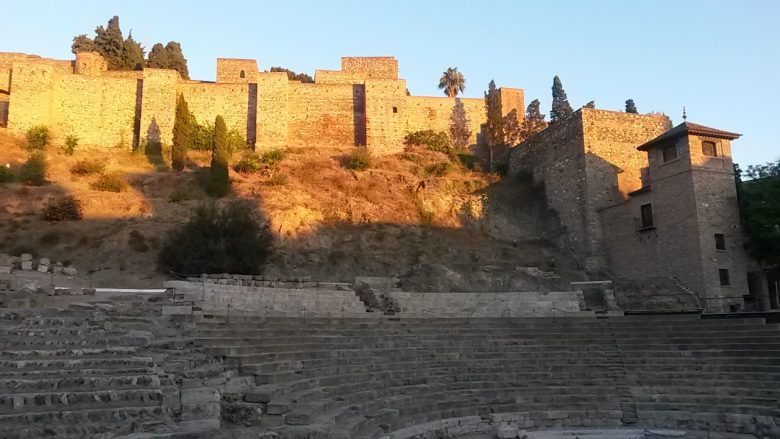 But the spell was not yet complete. There was more to come in the form of two great interests, jazz and football. Think about it. I watched Malaga play Barcelona then finished the day at the Clarence Jazz Club near the Cathedral.

(Editor’s note: like many Malaguista fans, Alan will be disappointed that Malaga FC failed to win their play-off and return to the First Division for the 2019-20 season. 🙁 )

Again , the art galleries in the city equal in their exhibitions to anything on offer in Madrid or Barcelona. The Thyssen, the Picasso and the Pompidou are magnets for art lovers.

My top spot is the Russian Museum, unique in Europe. See work by artists during Russia’s isolation with their inbuilt socio-political overtones. Wonderful.

Discover more things to do in Malaga

So to what do I compare Malaga with? What’s the hinterland? When my daughter was teaching in Barcelona, I became a Barçaphile. The excitement of the city held me for many years. But a creeping realisation that the internationalism of Barcelona was not the real Spain was confirmed on my first visit to Malaga proper in 2006.

Andalucians are friendlier, more spontaneous. They smile more. You may not agree but I can only write what I find. After rooming at the Vincci Patio Selection, the Parador Gilbafaro, the AC Palacio and the Don Curro, all excellent in their own way I have been a regular at the Hotel Molina Lario since it opened. The friendliness of the staff is an important reason.

For example, when restaurant staff learned that this Mancunian was a Manchester City fan I immediately entered their Malaga F C domain. The link was Manuel Pellegrini, the Malaga manager who left to be the City manager. I was invited to Malaga matches. There are other attributes to this lovely hotel but this soccer bit was unique. 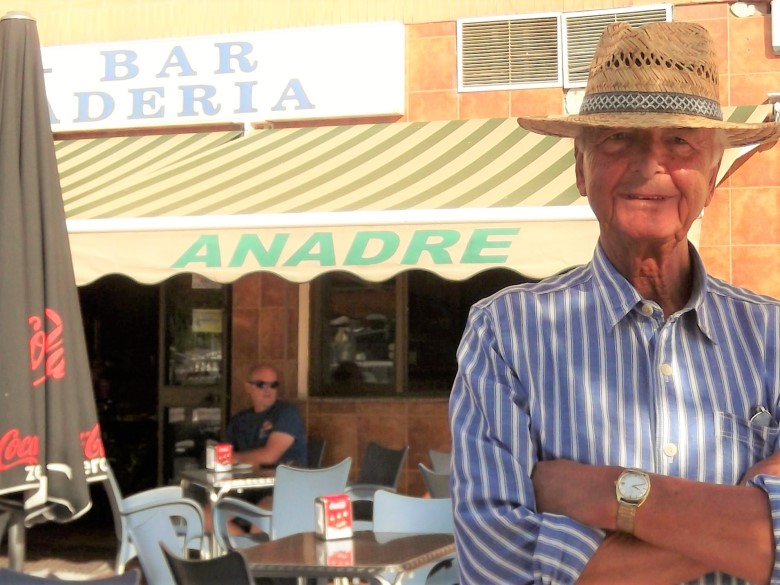 And again when I approach a favourite restaurant the waiters smile and produce the bottle of López Cristóbal red that I am anticipating.

See where to eat out in Malaga

Puccini arias were still in my head after the fabulous concert at the Teatro on 31 May. Walking back post-concert through the city centre, I had that certain atmospheric warm comfortable feeling just as I did all those years ago. That’s the allure of Malaga, that’s its spell.

Alan Toft left his grammar school in Glossop, near Manchester, to become a cub reporter on the local paper. He later became a reporter, editor and publisher in a long career.

Guide to Malaga would like to thank Alan very much for his piece and for sharing his love of Malaga. Certainly a common interest there!