You are here: Home / Need to know / Expats in Malaga / Malaga had me captured

Malaga had me captured

Our next expats in Malaga interview talks to Simon Patman, originally from England, but now a fully-fledged malagueño. Like so many other foreigners behind him, Simon fell under Malaga’s spell practically the instant he arrived. So much so that he says that from day one, “Malaga had me captured”. Find out why and how below.

When did you arrive in Málaga?

Into the city itself, it was just over 2 years ago, in early 2018. I had flown into the airport before, but only for onward travel to other destinations.

Why did you arrive in Málaga?

I had previously spent a couple of months in Marbella attending a Spanish language course and although I knew that I wanted to spend more time in Southern Spain, Marbella had too much of a ‘small town’ feel for my liking. With almost 600,000 people, Málaga has an almost identical population to my birth town, so it seemed the logical place to go next to advance my learning and cultural immersion.

What were your first impressions of Málaga?

I vividly remember how I felt when I first arrived. I had rented a beautiful apartment for a month, situated in the historic centre, and due to a delayed flight, didn’t arrive until late. With much anticipation to go out for a late-night stroll and begin to explore my new surroundings, I set down my luggage, left the apartment and followed the natural flow of people in the street.

Arriving to Plaza de Uncibay, continuing through to Plaza Carbón and eventually, Calle Marqués de Larios, I was dazzled not only by the sheer beauty of the streets and historic buildings, but by the night life. The vibe was electric and I knew that Málaga had me captured. 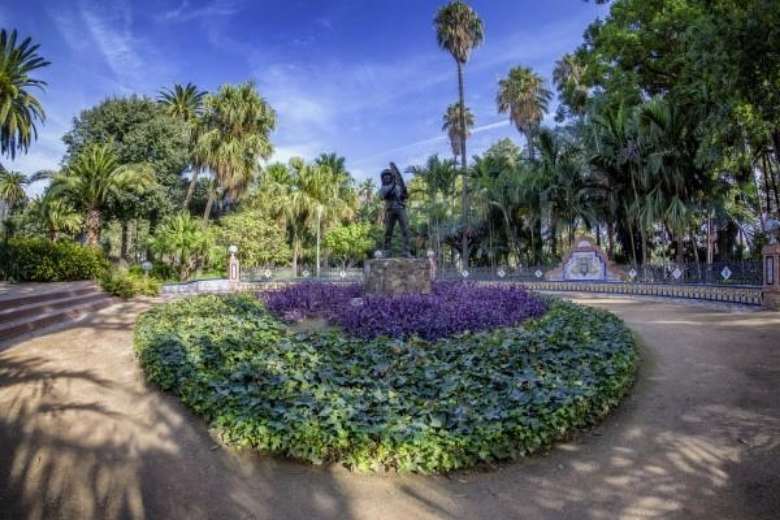 What do you think has changed most about Málaga since you arrived?

I have been here for a relatively short amount of time but even so, there are many differences to be seen. The refurbishment of the Alameda Principal looks great and drivers must be pleased that above-ground works have finished on the Avenida de Andalucía. Access to the centre will be much improved when they finish the metro link to Atarazanas.

The future projects for the city are exciting too, particularly the new marina, additional metro line, high-rise apartment buildings, and the luxury hotel at the port.

What do you like most about living in Málaga?

This one is obvious, the weather. 320 days of sun, very little rain, not too cold in winter, not too hot in summer. What more could you want?

But Málaga is much more than ‘a place in the sun’. It has a rich and interesting history and plenty of historic sites of interest such as the cathedral, Alcazaba, Gibralfaro, etc. There are enough museums and galleries to whet the keenest of cultural appetites.

Offering something for everyone, it is surrounded by beaches and mountains, so you can experience the hustle and bustle of city life, or the tranquility of nature.

What do you like least about living in Málaga?

Sometimes I wonder if I only see Málaga through rose-tinted glasses, as I struggle to speak negatively of the city. One thing that surprises me, though, is why better use is not made of the Guadalmedina river area. One only needs to look at Valencia to see that the space has such untapped potential. General cleanliness of the city beaches and some of the neighbourhoods could also be improved. 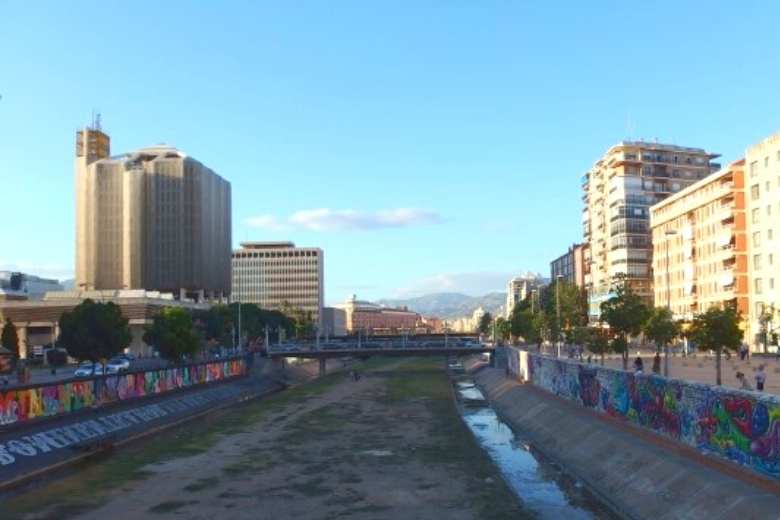 (Editor’s note: revamping the Guadalmedina River is on the council’s to-do list. There have been some inspiring projects over the last few months, but as yet, no actual progress. ☹ )

Where’s your favourite corner in Málaga and why?

There are many green spaces situated throughout the city, which are nice to walk around. My favourite is Jardines de Pedro Luis Alonso, just next to the town hall. Also, Parque de Málaga, which is perfect for escaping the sun on hotter days, Parque de Huelin, and Parque del Oeste.

Which is your favourite restaurant in Málaga and why?

I’m vegetarian so options in most restaurants in the city are limited, although there are an increasing number of vegetarian and vegan establishments opening on a regular basis which is great to see.

My favourite place to eat in the city is not a restaurant as such, more of a café, and is Bar Ortega, just off Plaza Enrique García Herrera. It doesn’t look much, but there are no false pretenses here. I tend to order a tasty pitufo or viena at breakfast time, accompanied by a coffee to kick start my day. If I’m eating there later in the day, I’ll go for an empanada and swap out the coffee for a cervecita. Being a Paraguayan bar, they serve lots of delicious food that isn’t typical of Málaga. I recommend the empanada de choclo, chipa guazú, sopa (which isn’t what you think it is) and mbejú.

What would be your top tip for someone new arriving in Málaga?

Don’t drive. You won’t need a car in the centre, and it will cost you a fortune in parking. Also, check out www.guidetoMálaga.com, to make the most of your trip. 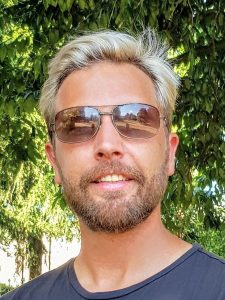 Simon was born in Bristol (UK) in 1987 and grew up in various parts of southwest England and Wales. In his late 20’s, he started learning Spanish
(thanks to a Spanish colleague) and consequently discovered his love of salsa dance and salsa music. A keen traveller, with many destinations visited,
but many more to come.

He’s an entrepreneur whose time is spent running numerous online businesses specialising in medical products and pharmaceuticals, a UK based
consultancy business, and a developing investment portfolio.

He’s father to three children, Carmel, 14, Isabelle, 10, and Mateo, 1, and lives with his beautiful partner, Karla, who was the first blessing that Málaga gave him.

If you’re inspired by Simon’s story or curious to find out what other expats in Malaga think of the city, you might also like:

Malaga is quality of life – Ben Kolp, owner of The Living Room

You can read all the interviews in our expats in Malaga series here.