You are here: Home / Need to know / Getting to and around / Getting around Malaga by bus

Getting around Malaga by bus

Malaga is Spain’s sixth largest city, but despite it’s 550,000+ population, this is a surprisingly compact city. The old quarter of Malaga where you’ll find most attractions is actually very small. Add this to the fact that it’almost totally flat and getting around Malaga becomes very easy.

You should be able to do most sightseeing on foot, but some of the best things to see in Malaga (and some great accommodation options) aren’t centrally located so to get to them you need your own wheels or to use Malaga public transport.

FIND OUT ABOUT CAR HIRE IN MALAGA

The distinctive double-decker red bus with ‘City Sightseeing Malaga’ along the side is one of the main tourist attractions in Malaga and an easy way to get an overview of the city. Tickets are valid for 24 or 28 hours and during that time, you can hop-on and hop-off the bus as much as you like. It has three routes, all starting and ending at the mainline train station with stops on the way:

All ticket types include entry to the Music Museum and Car Museum plus an audio guide. Prices start at €25 for adults and €12.50 for children aged 3 to 12 (children under 3 travel free).

SEE MALAGA ON THE HOP-ON-HOP-OFF BUS

Malaga public transport offers an excellent bus service with routes connecting the centre with all outlying districts. The blue buses with the EMT logo on the side run from early morning (around 6am) to late evening (between 11.30pm and midnight) and the frequency on the busiest routes varies between 8 and 12 minutes on Monday to Saturday. Practically all buses have wheelchair ramps via the middle or back door (advise the driver if you need the ramp) and room for pushchairs. Read more about accessible Malaga.

€1.40, one way. If you’re planning to use the bus a lot or there are several people in your party, buy a multi-journey bus ticket (bonobus, 10 journeys minimum). Each ride costs €0.84 and you can use a single bonobus for as many people as you like. You can also use the bonobus for multiple bus journeys – if you take a second or subsequent bus within one hour of taking the previous one the next journey is free.

Where to buy tickets

You can buy tickets on the bus. Drivers give change but try to avoid notes bigger than €5. You can buy a bonobus at estancos (look for the yellow capital T outside the shop), newspaper kiosks and many other places in the city centre. Look for the ‘Venta de bonobus’ sign.

The principal Malaga bus station is located in the west of the city next to the mainline train station, about 15 minutes’ walk from the city centre. Buses leave from here for other cities in Andalusia such as Granada and Seville, and Madrid. There’s a secondary Malaga bus station on Muelle Heredia, next to the port and opposite Plaza de la Marina. Buses from here serve towns and villages to the east of Malaga such as Rincón de la Victoria and you can also get local services to Torremolinos, Benalmadena and Fuengirola from here.

Runs between Malaga Airport and the city centre (Plaza del General Torrijos) with frequent stops along the way including the train and bus stations, Alameda Principal and Plaza de la Marina. Buses run every 20-25 minutes between 7am to midnight. Between midnight and 7pm, there are buses from the city centre to the airport at 1.30am, 4.25am and 5.45am, and buses from the airport to the city centre at 0.45am, 2am, 5.05am and 6am. Cost: €4 one way (bonobus isn’t valid for this service so no savings here).

READ ABOUT MARKETS IN MALAGA

Runs during the Malaga Fair (3rd week in August) between the city centre and the fairground. Buses run every 20 minutes from midday till late. Cost: €1.50 one way (€0.95 with bonobus)

Runs between the bus station and the Concepcion Botanical Gardens with a stop at the train station. The timetable varies depending on opening times of the gardens, but buses are every 75 minutes between 11am and 6pm. Cost: €1.40 one way (or €0.44 with a bonobus). 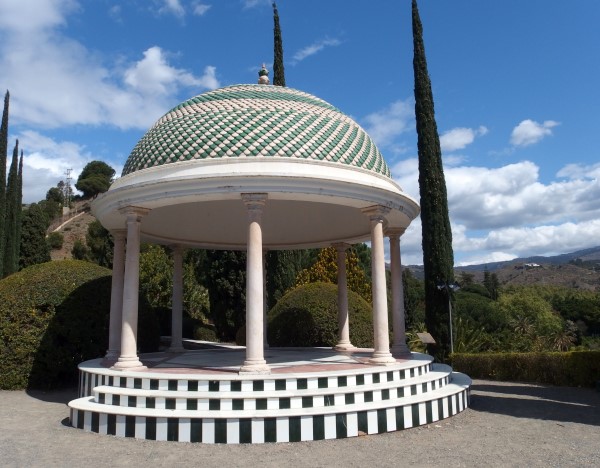 N1 runs between Puerta Blanca (near the sports stadium in the west of the city) and El Palo in the east. Buses run every 30 minutes from 11pm to 5am.

N2 takes a long circular route calling at practically all the districts north of the city. Buses run roughly every 70 minutes between 0.15 and 6am.

N4 runs between the centre (Alameda Principal) and Puerto de la Torre in the west via Teatinos. Buses run every 45 minutes from 11.30pm to 2.30am Sunday to Wednesday and from 11.30pm to 5.30pm Thursday to Saturday.

If you’re planning to use the bus a lot for getting around Malaga, it’s worth downloading the Malaga bus company mobile phone app. This is easy to use and you don’t need to understand Spanish because it should download in the language set on your phone. Go to Google Play or iTunes store and search for EMT Malaga and download the app on your phone.

The main menu has several features including:

Click on Líneas on the main menu and then choose your route. The bus icons show where buses are at that moment and if you click on a bus stop it tells you when the next bus is due.

Click on the clock icon on the top right to see timetables for that particular route.

Tips for getting around Malaga by bus