Malaga is best known as the capital of the Costa del Sol and Picasso’s birthplace, but did you know these 10 surprising facts about Malaga? 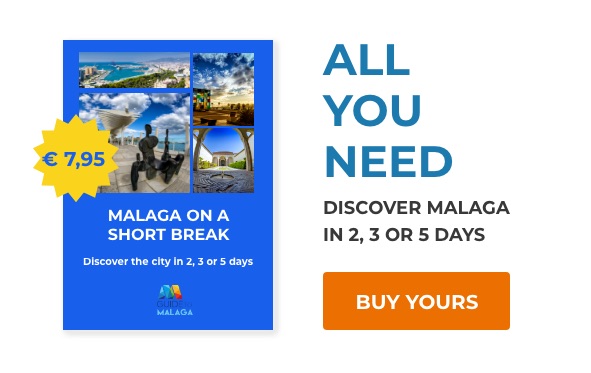 Malaga’s roots go back to 700BC when the city was founded by the Phoenicians. This civilization from the Middle East named their new home Malaka meaning ‘factory’. Later visitors to Malaga kept up the idea – you can see Roman tuna fish sauce (garum) factories in the Roman theatre and 15 industrial chimneys around the city. 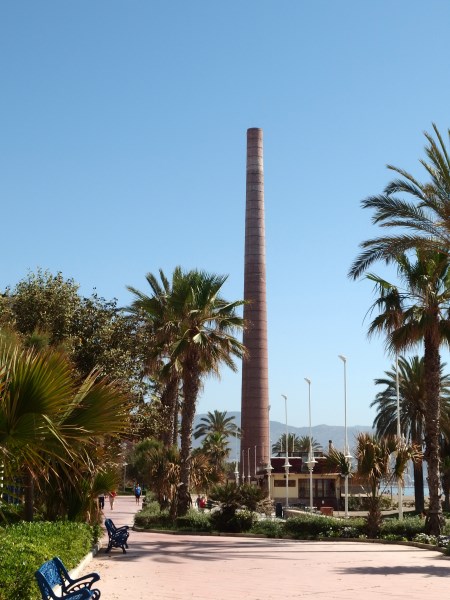 The Paseo del Parque, Plaza de la Marina and a large chunk of the port area are relatively new additions to Malaga. In Moorish times, the sea lapped at the foot of Atarazanas, once the city dockyards and now the main fresh food market. Next time you’re at the market, step outside the main arch and imagine looking out across the Mediterranean.

Two types of wind blow in Malaga – the levante, the prevailing wind that comes from the east bringing humid breezes in the summer and whipping up the waves in the winter; and the poniente, known as terral in Malaga because it blews into the city via the inland valleys, baking hot in summer and chilly in winter. The terral always blows for an odd number of days and everyone crosses their fingers for none at all in the summer.

If you’re born in Malaga you’re a boquerón (anchovy) or boquerona if you’re female. Unsurprisingly, anchovies are one of the local delicacies, crisply fried or pickled in vinegar, available at most bars and chiringuitos (beach bars) in the city. When you’re there, spot the locals – they eat their boquerones whole.

Although Picasso was born in Malaga, he only lived in the city for a decade of his near century long life. Not long enough to paint very much, but plenty of time for the city to make the most of its most famous inhabitant. Picasso would be proud of his museums in Malaga and probably approve of the links to his art in the Pompidou Centre, but what would he think of his souvenir aprons?

The first foundations for the original football stadium in Malaga were laid on 21st April 1936, but just over two months later, the Spanish Civil War broke out and Malaga football team and fans had to wait four years before work could be restarted. The first game was played in 1941 against a Madrid team (Ferroviaria Madrid) with Malaga winning 6 nil.

When it was built in 1891, Calle Larios was considered the most elegant street in Spain and nearly 125 years later, it ranks among the most expensive for commercial rents in the country. Rates have become so high that many traditional shops have been forced to close or move to cheaper side streets and Calle Larios is now mostly home to international brands.Discover the best shopping spots in Malaga.

One of Malaga’s symbols is the biznaga, a delicate creation made from jazmine flowers attached to a dried wild thistle. Sold on summer evenings by biznagueros in traditional attire, this scented symbol rarely lasts into the next day but for a more permanent version you can buy biznagas in silver, ceramic and enamel in souvenir shops. Giant biznagas stand at the entrance to Calle Larios during the August fair and the main prize at the Malaga Film Festival is the gold biznaga de oro.

The roof on Malaga cathedral has recently undergone extensive restoration and parts of the stone balustrade repaired. Keen to replicate the original exactly, the restorers brought in stone from the village of Almayate, 30km east of Malaga whose quarry had provided all the stone in the cathedral since the foundations were laid in the year 700. The quarry was specially opened for the restoration work.

The Malagueños are big fans of coffee, but they’re also very picky about how they like it – half milk with half coffee, two-thirds coffee with one-third milk, splash of milk, splash of coffee… And all the different combinations have a name. To see what your dose of coffee and milk is called pop along to Café Central in the Plaza de la Constitución and take a look at the tiled mural.

Keep your finger on the Malaga buzzer – sign up for our free fortnightly newsletter. All you need to know about what’s on in Malaga, events and what’s new in the city in your inbox every other Friday.